I live in the Dallas/Fort Worth area…right next to that big ‘ole airport…so my drive down to The Beach Retreat is about 7-8 hours (I can make in 6 in my two-seater…by myself).

I’ve made this drive many, many times over many, many decades and frankly, I don’t have a lot of fond memories of I-35, but I will give them a nod for adding that Pickle Parkway around that Austin/San Antonio mess!!

Here are a few of my favorite scenic drives. Most of the roads are 70mph two-lane roads that glide through small towns (watch out for local speed traps)…and there’s a lot of cool Texas history that you’ll definitely want to slow down for too.

Both routes start off in DFW, where I head south on I-35 for about two-hours towards Waco…and of course stop along the way in West for Kolaches at either the Czech Stop or Slovacek’s.

After passing through Waco…and maybe a visit to the Health Camp...I pick up Hwy 77, on the south side of town towards either of my three favorite scenic and historic routes.

PS: Yes, there’s also all of that Magnolia stuff in Waco too…

Sometimes I like to split my Beach Retreat drive into two segments and spend the night in La Grange. It’s an easy drive with my usual stops in Cameron for iced tea and sometimes Giddings for some of that funky City Meat Market barbecue…get there early…they run out fast.

La Grange is a cute town with the Colorado River running right through the middle of it, but a must MUST SEE is the Monument Hill State Park, with it’s rich Texas history, beautiful bluff views of The Colorado and hand-built brewery and stack-stone home. The park is free and nice “walk-around” along the road.

You’d never guess it, but La Grange has some good seafood to get you in the mood for your Beach Retreat: Sealand Seafood & Steaks! Sometimes their oysters are better than ours, down south. And if you need to gas up and restock on Kolaches and iced tea, there’s always  Weikel’s Bakery!

And if you don’t mind a slight detour…their’s always Murphy’s Steakhouse in Winchester!

Just south, of La Grange, is Schulenburg, a German, Czech, Austrian town with it’s own share of (more) kolaches, barbecue and events.

Halletsville is down the road with more local flavor and lots of quick stops along the way. AND…the Shiner Brewery is just 15 minutes up the road…you’ve got to take the tour!

Victoria! I have watched this town boom and bust and boom again so many times over the years that I’m afraid to guess what it’s doing today. But, it’s always my last gas stop before the final approach to the Beach Retreat and sometimes Jim’s Big Burger…if I have time. Oh…and even though it looks longer…take the loop around town…you’ll thank me later.

Bastrop and The Beach Retreat

Like La Grange, sometimes, I’ll stop in Bastrop half way to or from the Beach Retreat…and it also has the Colorado River running right through it. Bastrop State Park was a gorgeous place to visit, but was severely damage by wild fires in 2011. I like to stop to visit and see how the progress is coming along.

If I’m spending the night, it’ll be either The Roadhouse or Paw Paws for dinner…and if I’m not…well, lunch will work for either.

Between Bastrop and the Beach is some rich Texas History in towns like Gonzales and Goliad.

The Gonzales Memorial Museum commemorates the Immortal 32 who died in the Alamo. The Come and Take It Cannon which fired the first shot for Texas Independence on October 2, 1835 is prominently displayed.

In Goliad, Presidio La Bahia is MUST SEE Spanish Fort, built in 1747, and is most famous for the part it played the Texas Revolution: namely the Battle of Goliad in October 1835, and the Goliad Massacre in March 1836. And…while you’re passing through town, stop by the Blue Quail Deli for Jalapeno Soup!

Crafty is a huge Texas Barbecue fan. Sometimes I’ll branch off of my La Grange or Bastrop route and head west to pick a portion of the world famous Texas Barbecue Trail.

You would never be able to visit every excellent stop along the way…OK, I have, but it took years…And, it would be hard to name a favorite, although Black’s in Lockhart and Louie Mueller’s in Taylor have a special place in my stomach.

Got your own favorites along the way….let me know at Richard@IamCrafty.com 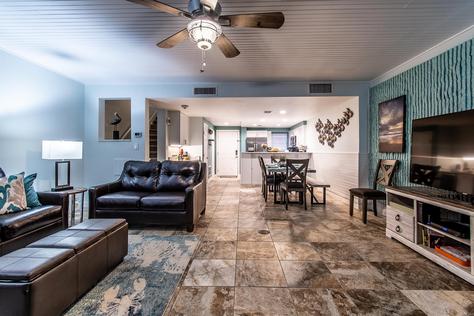 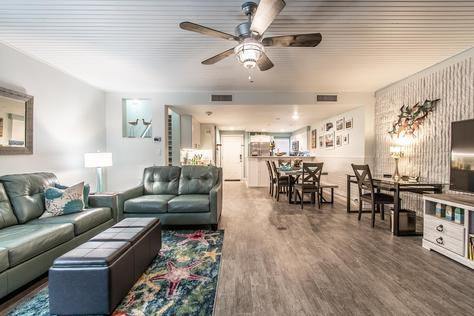